Welcome to January, my friends.

The year of 2018 has kicked off with some frigid snowy weather. The kind of weather that makes us want to curl up on the couch with tea and our dogs (otherwise known as our organic personal heater). I’m a constant TV binger – I will watch on my phone at the sink getting ready for work, with my iPad on the elliptical, and all of our TVs are equipped to play the necessities – Netflix, Hulu, Amazon Prime, etc. So – if you need me, I will be hiding under my couch blanket tent.

With the new Star Wars movie out last month, my inner nerd is out and proud, ready to devour all the sci-fi goodness. Let the binging begin! Now, there are the obvious choices: Any of the Star Trek series, Stranger Things, Lost… but I’d like to let you in on some amazing lesser-known, but AMAZING, shows in the genre. That way, you can be the cool friend that can recommend shows. You’re welcome. Here’s the list:

Orphan Black. My gosh, where do I start?! The series opens with a girl named Sarah who steps off a train. There she sees a woman who looks *JUST* like her jump down to the tracks, dying by suicide. The woman has strangely left her entire purse behind with her IDs, keys, and credit cards. Needing a fresh start, Sarah takes advantage of this opportunity to assume the dead woman’s identity – Beth Childs. Sarah quickly learns that Beth kept a lot of secrets, and the stakes become more dangerous as Sarah starts uncovering them.

So that’s the plotline. Why else do you need to watch it? Because Tatiana Maslany played no less than fourteen characters on the series (you’ll quickly see why). Watch it just to see the the sheer talent that is TatMas. The show picked up a lot of hype when Tat was nominated for, but didn’t receive, the 2015 Emmy Award for “Outstanding Lead Actress in a Drama.” Fans felt that she was robbed of the recognition she deserved, and definitely didn’t keep their ideas to themselves. It was no surprise when Tatiana was then awarded that Emmy Award the following year.

If you only have time to watch one of these shows, watch Orphan Black. There’s something in it for everyone!

How to watch it: FREE on Amazon Prime

If you’re around my age, the thing that you’ll associate most quickly with the Twilight Zone is the Tower of Terror. One of the most popular rides in Disney World’s Hollywood Studios and in Disney Land, its underlying story arc is narrated by the host of The Twilight Zone.

Though it’s an older show, the stories still ring true and are just as captivating as shows made today. Conveniently, it’s an anthology series – each show is a self-contained story. So feel free to skip around and cherry pick the ones you’re interested in.

This show takes place in the present time where a group of people called “fae” have evolved further than humans, and live secretly among us. Fae have all sorts of superhuman powers – some are sirens, some werewolves, some Valkyrie. There is a clear-cut division in the fae community: the light community and the dark community. The two sides help their own find careers and lifestyles where they can use their powers discreetly. The story centers around one particular fae who refuses to pick a side, venturing off on her own.

*eye roll* “Mara, this isn’t sci-fi, this is fantasy!” I know, I know. In the basic description, it sounds like fantasy with the mention of mythological creatures. BUT – the show very often turns to the studying and manipulation of fae DNA, which is very different than human DNA. Basically, there’s science stuff. I promise.

This show is one of my favorites. The characters are just so charming – you’ll laugh with them and you’ll cry for them. They may seem a little cheesy at first. Bear with it. I think you’ll come to love them! The show is mostly a drama, but has laugh-out-loud moments and clever pop culture reference Easter eggs.

I’ll never forget reading The Giver in second grade. [Spoiler Alert] When I got to the end, when the boys ride off on the sled, and we as readers were left to decide their fate… it blew my mind. I had never expected an ambiguous ending, and was left reeling. The only way I can describe it is: it made me feel all the feels.

Black Mirror’s stories give me that same feeling every episode. Like The Twilight Zone, the episodes are self-contained, so you can jump around seasons. All stories have one commonality – they explore the possibilities of how technology will impact interpersonal relationships of future generations.

If you need more than four shows to watch in a month, you may have a problem. In which case – let’s be friends!

Have you watched any of these shows? What awesome shows did I leave off? Let me know in the comments!

Mara lives with her two cats, Mika and Willow, in the city of Pittsburgh, Pennsylvania. View all posts by Mara

A portion of the proceeds from any purchase you make with our sponsors below will come directly back to this blog. Thank you for your help in supporting viperheart! 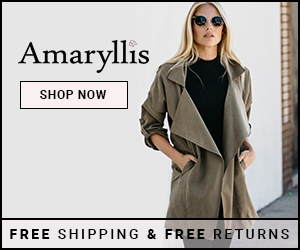